Today I have been blogging for 9 years!  It is so hard to believe that the years have just flown by so fast.  Fair to say that I have not been blogging too much lately or the end of last year but I do hope to rectify this soon over the coming few months.  I am surprised that I actually remembered that it was my blogiversary today.  I sorted back through the archives to see what I had first posted and this was the photo that appeared on the first post back in 2006 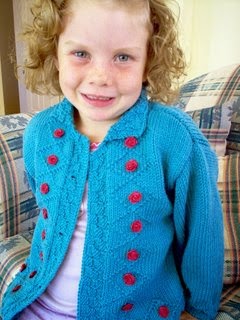 Oh my goodness how adorable is my daughter back then.  She was nearly 5 years old in this photo and super cute who actually wore the handknits that I made her back then.  Now only my sister and my partner wear my handknits lovingly so I only knit for them and my niece and nephews.

Now 2015 and Isabelle looks a lot different as she will be turning 14 this year. 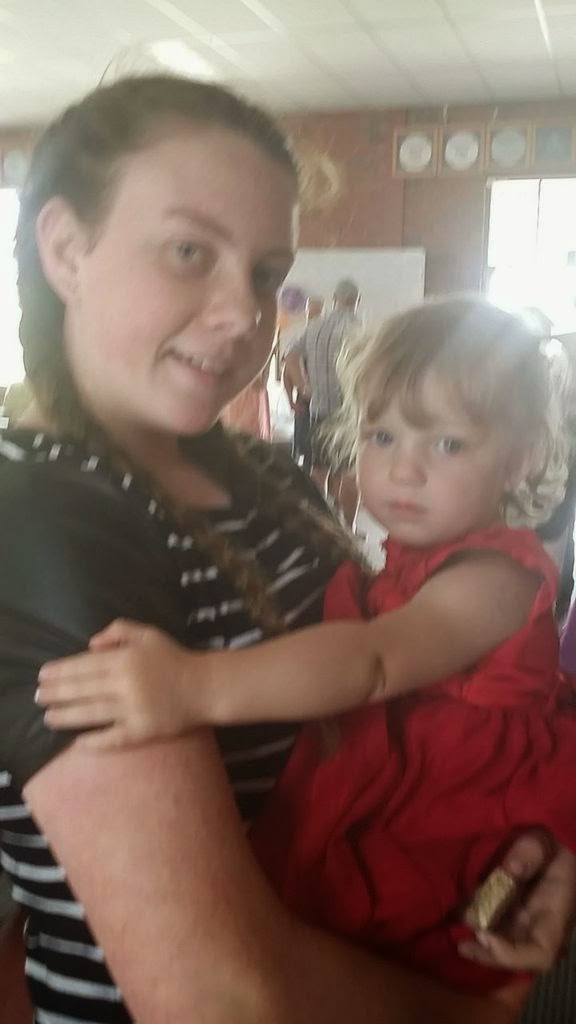 Here she is at her great grandmother's 90th birthday with her little cousin Harriett.  Isabelle wanted to take her home to stay with us in trade for her older brother.

All is well here, the cold weather has arrived along with some much needed rain which decided to leak in through the laundry doors, suffice to say the landlord will need to get it fixed again.  Lachlan is enjoying his work and Paul is finally working a lot again which is great.  I have my fingers crossed for an interview.  I really feel as though most people get work through people they know which seems to be the case lately around us.  I am going to try and find full time work and schedule around Isabelle's netball schedule which will be even busier this year.  Her team won the grand final so now they move up the 1's from the 2's which will be harder and test them even more.

I have decided that I need to start exercising too.  I have been slack the last few months just nestled down watching podcasts, knitting and housework.  Now it is getting cooler it is time for me to rug up and start walking, and hopefully I will be able to start running.  Now dont faint about that, it is something I have been thinking a lot about.  I am going to keep it a surprise and do it when the family are all out before I tell them.

So that is minor catch up on things around here enjoying the autumn weather.  Isabelle goes back to school after holidays end next week so routine will be back to normal.  I have lots of FO's in my knitting that need buttons sewn on and photos taken so if I get motivated you may see some more knitting on here at long last!
Written By Sue at 7:01 PM

Happy Anniversary -- 9 years hardly seems possible -- I'm about 6 months behind you -- where did the time go??? You're so funny -- I don't like to announce those sudden changes either -- just do it and let everyone be surprised LOL. Now that you're feeling better, you'll be able to run -- that's when I started too. I don't do it very often, but at least I can -- I'd tried before and just couldn't do it -- it hurt and then I found out why LOL!

Congratulations on 9 years of blogging!

Congratulations on your blogiversary! It is crazy to see how much Isabelle has grown. I can't wait to see what knits are ahead on your blog.

9 years of blogging is very impressive :) Your daughter was adorable as a little girl, it's scary how fast they grow up isn't it. 9 years ago my eldest was a squidgy 3 month old baby and now she's full of attitude lol

Hello Sue. I've been catching up with your blog. I hope you are really well now and have recovered from your op.
Isn't it amazing how time flies and Isabelle still looks like that first picture in my mind's eye cos I haven't see her changing.
I have been having a go at getting fitter myself. Walking helps and I do the 5/2 diet...which is normal food for five dfays and 500kcals th other two. It works slowly but constant.
Cheers for now Gillian

congrats on nine years, that is quite a long time to be blogging! 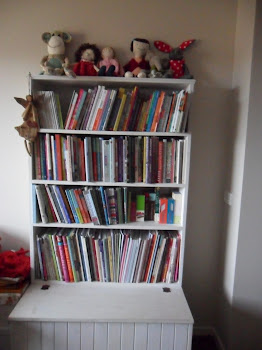 How Much Have I Knit This Year